You are at:Home»Finance»Home Loan/Mortgage Advertising Mail

As a homeowner, I get tons of mail related to that. The most annoying of which is the refinance offers. There is big money in the refinance market, so these outfits work particularly hard to get your business. Aside from just the fact that tons of paper and resources are wasted on these marketing efforts, there are several of their tactics that really annoy me though. 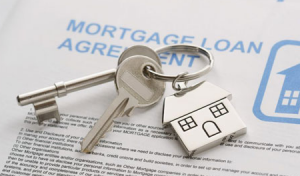 First, and perhaps foremost, is the reminder that so much of my information is of public record. When these mailers come in, they have not only my name, address, and phone information, but also my loan amount. I hate that they know this much about me and can mail to their heart’s content. They mock me and rub it in by printing that loan amount right in the letter!

Second is the fact that they are so quick to mail and so plentiful for that matter. I get tons of them, then repeats and follow-ups from the same people. I have worked for companies that have done a mass mailing, so I understand the practices and proven patterns of success with follow up mailers, but it still bugs me. I had outfits mailing me within a couple of months of my initial home purchase. If I am that hard up to refinance already, then I really botched my initial loan negotiation.

Third, and this goes for mass mailing in general, I hate knowing how much waste is taking place with such marketing attempts. As I have mentioned, I have some understanding of what goes on behind the scenes on this kind of marketing. It is a pure numbers game, and the numbers may surprise you. If they get even a 1% response rate on their mailing, that is typically considered a successful campaign. That means that 99% of the people receiving that mailer are chucking it with no interest.
Fourth, and now that I think about it definitely foremost, is the tactic to try and trick you into these interest-only loans. Interest only seemed like a good idea for a bit, but the reality has quickly sunk in for millions of now homeowners. These loans were incorrectly used to get unqualified people in way over their heads with immense loans. We have an incredible beginning to burst of sub-prime loans about to foreclose because of this situation. Our current housing market is artificially lifted to astronomical levels, and everyone now realizes we are headed for an abrupt and painful correction. 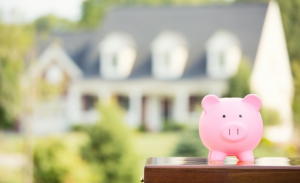 We can’t all blame the deceitful tactics of the lenders that got people in the bad situation. People should be intelligent enough to read the terms and understand the implications of that 3 or 5/1 ARM loan that is going to raise your monthly payment over time. If you had to pull trickery to qualify for your loan at the outset, there is a good likelihood it is going to come back and bite you later on. If you were counting on a fortuitous financial future (that sounded kinda cool now that I wrote it out) and extended yourself into a better home, as so many realtors and lenders encourage you to do, you have taken a risky step. Best of luck to you that everything works out as you have hoped.

I have to admit I first had an interest only loan on this new home when I bought it. I quickly saw where the market was headed and in a couple of years converted it to a fixed rate. There are reasons to use various loan types, but as an average homeowner, those reasons are not for me.

Those emails for incredible loan rates sound too good to be true…trust me, they are. I have actually seen what happens to people that respond to that kind of emails. Your contact info gets sold 4-20 times to various loan officers hungry to sell you a refinance or new loan. They pay upwards of $30-60 each to get your info too. You will be called by tons of people trying to sell you on their services, but you are no better off than simply talking to any local lender and educating yourself on what is currently available.